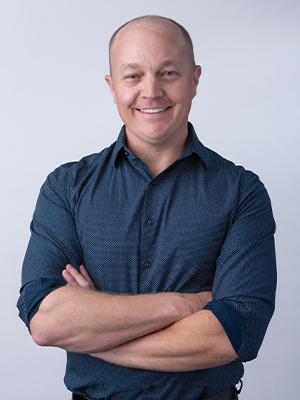 Kevin was fortunate to grow up in Reno and spend his time outside in the Sierras camping, hiking, skiing, wakeboarding, and golfing. He played baseball for Wooster High School, winning the state championship in 2002 which helps explain his passion for working with shoulders and overhead throwing athletes. He attended the University of Nevada and graduated with a degree in Biology and is very proud to be a member of the Wolf Pack. He continued his education in Southern California and received his Doctorate of Physical Therapy from Chapman University in Orange, CA. After graduating he moved to San Diego to begin practicing and met his wife, Kiley. In 2014 he became a board certified Orthopaedic Specialist. In the summer of 2016 he and his wife moved back home to Reno to begin the adventure of opening their own practice. In his spare time, he enjoys spending time with friends and family, skiing, and playing with Jagger and Sierra, the Lesters’ two black labs. Kevin is a father to Freddy and Lenna.

While he enjoys treating patients with a wide variety of orthopaedic injuries and dysfunctions, the shoulder is his passion. He has extensive experience treating shoulder diagnoses including rotator cuff pathology, instability, shoulder arthroplasty, and post-mastectomy shoulder rehabilitation. His treatment approach focuses on a combination of manual therapy to improve joint and soft tissue mobility, and therapeutic exercise to restore correct movement patterns, functional strength, and stability. Kevin’s goal is to not only be successful with straightforward cases, but to excel with complex cases and patients who have not had improvement with other treatments. Kevin also enjoys treating golfers and has earned his TPI Level One Certification, allowing him to analyze swing patterns and correct dysfunctional movement. 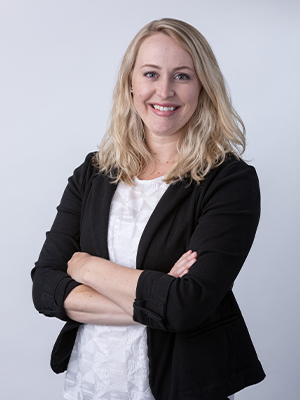 Kiley was born and raised in Southern California. She has always been a fan of the outdoors and sports- surfing, lacrosse, basketball, golf, and even the equestrian team filled her early years. She completed her undergraduate degree in Kinesiology/Exercise Science from Point Loma Nazarene University in San Diego and upon graduation worked as a physical therapy tech for 2 years. She then attended the University of St. Augustine for Health Sciences also in San Diego and became a Doctor of Physical Therapy after a few very busy years! She is mother to two wild toddlers that keep her on her toes. 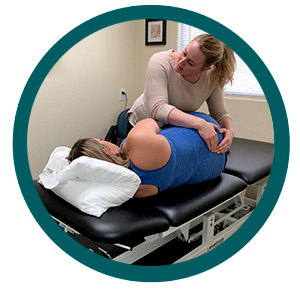 Kiley is a Board Certified Pelvic Floor Specialist. She is passionate about serving the pre- and postpartum population as there are few resources that fully encompass individualized exercise prescription, manual therapy, pain management, pelvic floor issues, and emotional support during this exciting but potentially difficult time. She is determined to care for birthing people at every stage of their pregnancy and beyond. Pelvic Physical Therapy WILL absolutely be standard care someday and she believes in being at the forefront of helping make that happen. Her recent experiences going through birth and postpartum have changed her both personally and professionally and she incorporates a much more holistic treatment for her patients both physically and spiritually. Although she treats a wide spectrum of pelvic dysfunction, Kiley’s specialties are: birth preparation, postpartum recovery, and painful intercourse. Kiley’s practice is approached through a trained, trauma sensitive lens with every patient out of deep respect for their lived experiences. 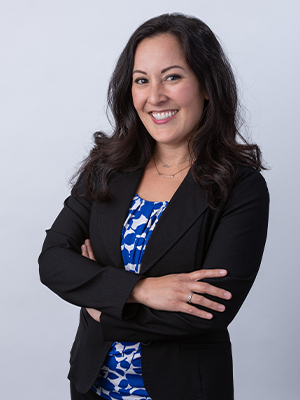 Megan was born and raised in sunny Southern California where she received her Bachelor’s degree in Kinesiology from Chapman University in Orange, CA and her Doctorate of Physical Therapy from the University of Southern California. She decided she wanted a change of scenery from the beaches to the mountains and lakes and moved to Reno right after graduation from Physical Therapy school. Her favorite self-care activities include Yoga, crafting, paddle boarding and camping with her two lovable dogs. 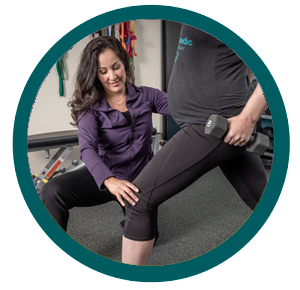 Megan provides Pelvic Floor Physical Therapy as well as Orthopaedic Physical Therapy. She has a passion for empowering women and advocating for their health and wellness at every age and stage. She utilizes a hands-on, whole-body approach in her treatments. With extensive experience in Orthopaedics, she enjoys weaving the specialties together to serve people of all activity levels. She also has experience working in inpatient rehabilitation and geriatrics. Pilates, Yoga and weight lifting are some of her favorite inspirations to integrate into her Pelvic Practice. Her favorite part of the job is helping patients regain their self-confidence and finding joy in the little things in life again. 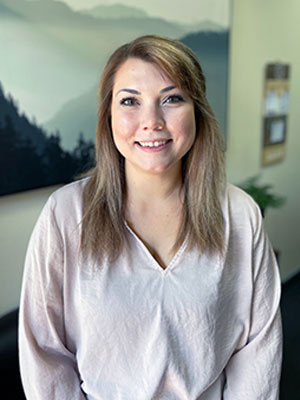 Jenna was born in Germany and came to this beautiful country when she was 6 years old. She comes from a military background, living as far as the Maryland coastline all the way to Monterey and few places in between! Since moving to Reno and finally finding home, she has found a love for hiking in the Sierras and swimming in the cold Lake Tahoe water with her husband and adorable 2 year old dog, Kovu. She grew up around sports, from traveling softball teams to high school volleyball. Playing sports led her into loving the orthopaedic side of medicine and she is happy to work in this setting for the first time in her career. 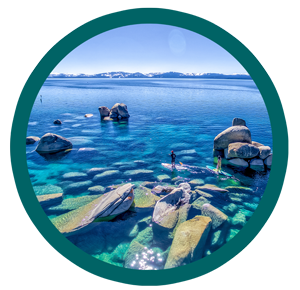 Jenna has a background in working with patients as a Medical Assistant in both the Urology setting as well as Urgent Care. She brings what she learned from both settings to SOPT and is excited to work in a practice that is relevant to her training. Her favorite part of her job is getting to know the patients, their stories, and helping them feel comfortable and at home at SOPT.